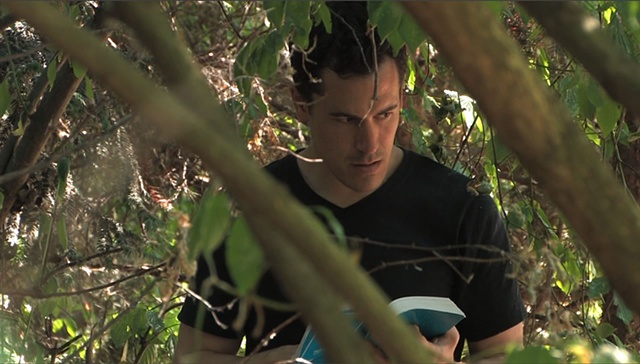 Dictionary and the city The title of the film "Even, Shoshan" is derived from the surname of the author of the first Hebrew - Hebrew dictionary (Avraham Even Shoshan). The artist depends on the dictionary, as if it served him for breathing. We would expect him to use a guidebook or at least a German - Hebrew dictionary, but he chooses the “wrong manual” which is useful only to deal with his mother language patterns. Being a foreigner is after all an existential and linguistic state of mind by definition, rather than the result of living in a new territory.